With its list of top brands including most of the Haute Horlogerie ‘royalty’, what could possibly go wrong for the annual Baselworld trade show?

Established in 1917, Switzerland’s Baselworld progressively established itself over the decades as the go-to event for the global watchmaking industry, with big name luxury brands such as Patek Philippe and Rolex becoming regular exhibitors – many having impressive permanent booths.

But even a century of tradition can’t insulate a trade show from a fast-moving marketplace. The first inklings that times might be changing came in early 2020 when Bulgari, one of the few horology brands owned by the famous LVMH group, announced officially that it would be leaving Baselworld.

Details on Bulgari’s decision were sparse, only that it intended to “go directly to the market”. Other vague hints were also dropped about how the timing and costs of today did not align with commercial requirements and return on investment.

Today, in a world that has changed more than anyone could have predicted, the private show concept is even more attractive.

In April, the show received another body blow when Rolex, Tudor, Patek Philippe, Chopard and Chanel announced they too would be quitting the event. The official release stating that “The quintet will instead host their own fair early April 2021 in partnership with the Fondation De La Haute Horlogerie (FHH). The show will be held at Palexpo at the same time as Watches & Wonders Geneva, with focus on retailers, the press and VIP customers.”

This series of events coincided with our own reappraisal of the local trade show ecology in Singapore. While we didn’t have an annual expo as prominent as Baselworld or one that featured permanent booths where exhibitors can come and go freely, the trend of brands leaving the big trade shows and moving towards a more private experience was growing.

Today, in a world that has changed more than anyone could have predicted, the private show concept is even more attractive. Typically, a business books a spacious hotel suite and dresses it according to brand guidelines. Avoiding the usual rules and regulations imposed by show organizers can bring a number of advantages. For example:

With all that being said, of course there are restrictions as to what a brand can express within the confines of a suite. If your product is an industrial digger rather than a luxury chronometer, your need for space, access and heavyweight support becomes dramatically different.

Big shows may have suffered some major trauma in recent times. But down is not out. We expect the most adaptable to survive and find a modified but still relevant place in a changed landscape. As for us, whether our trade show clients prefer big, small or somewhere in between we remain committed to serving their individual needs across the world and, of course, to continue fulfilling our tagline: ‘Revealing your brand at its best’. 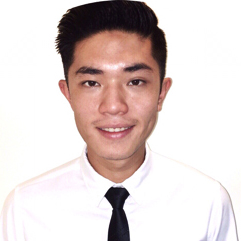